Historically, individuals and families with large fortunes have often shown their concern to return their gains to society. Philanthropy, characterized by charity and donation of resources, especially financial, has been the main method adopted by the wealthier classes to cause a positive impact on the lives of people with fewer resources and in support of various causes, such as education, disease eradication or environmental protection.

John D. Rockefeller, founder of Standard Oil, the world’s first major oil company in the nineteenth century, was one of the North-American pioneers in philanthropy, donating part of the wealth obtained from oil exploration to the Church and charities in line with his values. The tradition initiated by Rockefeller was followed by his contemporaries, like Andrew Carnegie, and by the new generations of businessmen and investors. It is also common for large companies to have institutes in their name dedicated to philanthropic projects.

Nowadays, other influential investors stand out as philanthropists. Bill Gates, founder of Microsoft, along with his wife, created the Bill and Melinda Gates Foundation. It is the largest private foundation in the United States, with about USD 44.3 billion in 2014[i], aimed at promoting access to healthcare and reducing poverty in the world. Mark Zuckerberg, creator of Facebook, recently announced that he would donate 99% of his shares on the social network to charities throughout his life.

However, thinking about long-term results and initiatives that stimulate structural changes that benefit society, philanthropy may not be the best option. It has a number of limitations:

In “The Blue Sweater”[ii], Jacqueline Novogratz reports her experiences in different African countries where much of the population relies on external donors. In practice, charity supplied a cycle of perpetuating poverty, in which no long-term planning is done, and the poor remain in the position of receivers waiting for the goodwill of others, with no possibility of interfering in the process.

As an alternative to philanthropy, which faces the mentioned problems, the use of Impact Investments is becoming more frequent – which can be classified in several categories, but essentially consists of investments aimed at impacting society and the environment in a positive way, allied to a financial return – mainly so that the action is self-sustaining.

This type of investment has a more active attitude, with the purpose of generating impact. Gradually, it is gaining ground among investors, who so far have prioritized Investment by exclusion – in which simply they no longer invest in sectors that contradict their values ​​and cause negative impacts to the society.

Novogratz, years after experiencing the consequences of philanthropy in the daily lives of needy populations, created her own company focused on generating positive impacts in 2001. Since then, it has invested in initiatives aimed at combating poverty and reducing inequality, as a model for companies that wish to contribute to society without giving up on financial returns, even if these are not a priority.

Impact Investment stands out in comparison to philanthropy for ensuring that, over time, the donation will no longer be necessary, and that the beneficiaries will have the resources to deal with the situation autonomously, without relying on constant acts of charity. In this way, the supported causes can enjoy greater stability and longevity, impacting more people.

At the same time, investors find in impact investment a new way to invest, with a wide range of possibilities still little explored. Besides, unlike philanthropy, they can expect a positive financial return, ensuring sustainability in the long term.

[ii] NOVOGRATZ, Jacqueline. The Blue Sweater: Bridging the gap between rich and poor in an interconnected world. Nova York: Rodale, 2009.

We're not around right now. But you can send us an email and we'll get back to you, asap. 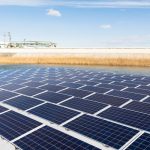 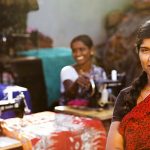